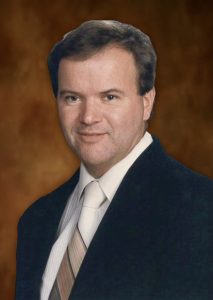 Craig F. Leid, 71, of Denver, passed away peacefully Wednesday, July 20, 2022, at home in the caring presence of his family. Born in West Reading, Craig was a son of the late Mahlon H. & Dorothy E. (Fry) Leid and the loving husband to E. Jane (Fichthorn) Leid for 52 years.

Craig grew up helping with the small family business, a mom & pop grocery store in Denver and he was a graduate of Cocalico High School, class of 1968. He worked in banking for 30 years, holding vice president positions at both the Denver National Bank and Fulton Bank, and for several years served on the Board of Directors for Denver National Bank. Craig enjoyed horses, baseball, and gardening. An avid outdoorsman, he enjoyed hunting deer and fowl, and the fun times at the camps. Most of all, Craig loved his role as a stay-at-home Grandpa where he kept four of his grandchildren and would take them to school each day. Craig was grateful for his second chance at life, he was a 16-year survivor after receiving a liver transplant. Craig had a special relationship with each of his grandchildren. His kind, selfless influence will forever be missed.

In memory of Craig, consider being an organ donor, sign up to give life at www.organdonor.gov/sign-up.