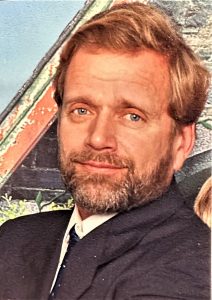 He is survived by his wife, Cynthia (Stumpf) Hurst, with whom he shared thirty-three years of marriage.

David was born on April 21, 1959, in Goodville and was the son of Weaver and Ruth (Steffy) Hurst.

Surviving in addition to his wife, is his mother, Ruth Hurst; his brother, Daryl Hurst; his daughter, Amanda; two grandchildren, Anthony and Jaeda; and two nieces, Patty Roye and Tammy Sebastian.

He is preceded in death by his father, Weaver Hurst, and his sister, Debra Shirk.

David worked as a Truck Driver for Fessenden Hall of PA, Inc. in Lancaster for thirty-six years. He also worked on Saturdays for Perpetual Equestrian LLC in New Holland for six years.

David enjoyed spending time with his family and keeping bust with outside work. He will be sadly missed by his wife, family, friends and beloved cats.

In lieu of flowers, memorial contributions may be made to the American Cancer Society, www.cancer.org

Online condolences may be made to www.groffeckenroth.com.