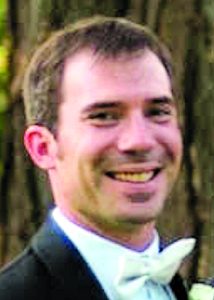 Dr. Jeremy Harting, 40, of Las Vegas, Nevada passed away December 14, 2021 in Los Angeles, CA after a brave battle with cancer.

Jeremy was the loving husband of Megan (McCue) Harting and father of their beloved son, Leo Robert Harting.

He is survived by his parents, Timothy and Greta (Wolf) Harting and twin brother, Jason Harting, husband of Hoai Harting.

Jeremy was born in Ephrata, PA. He graduated from Ephrata High School and pursued his passion for music, beginning his classical guitar studies with the late Ernesto Tamayo at the PA Academy of Music.

Under the instruction of Benjamin Verdery at Yale University, Jeremy earned a Master of Music degree. At Yale, Jeremy was awarded the George Lauder Greenway Fellowship and the Eliot Fisk prize.

Jeremy completed his Doctor of Music degree at Indiana University under Ernesto Bitetti. He also studied vihuela and lute tablature there under Nigel North, earning a minor in early music. While living in Philadelphia, he earned a Jazz Certificate from Berklee College of Music.

Jeremy was employed as a guitar teacher at Coronado High School in Henderson, Nevada. Previously he was adjunct instructor of guitar at Saint Joseph’s University and Eastern University in Philadelphia. He also taught at Ithaca College, Yale University, and Indiana University.

Jeremy was a former member of Boy Scout Troop 70 in Lincoln, where he attained the rank of Eagle Scout. He was also a founding member of the Lancaster County Guitar Society.

In every place he lived, Jeremy played in musical groups of all types and genres, including the Clayton Anderson Band (country-rock) in Bloomington, IN, the Diesel Lounge Boys (bluegrass) in New Haven, CT, and the Las Vegas Classical Guitar Ensemble (classical guitar trio) in Las Vegas.

Jeremy was a member of New Song Lutheran Church in Henderson, Nevada, where he was the praise band leader. He poured out his heart playing guitar, praising the Lord in song. Heaven is now alive with his music.

A celebration of life is planned for late Spring of 2022.