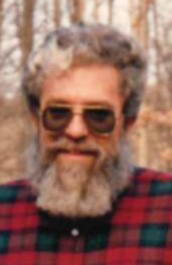 Friederich “Fritz” Pilsner, 74, of Denver, passed away on January 1, 2023 of vascular dementia.

In 1951, onboard the vessel Vulcania, he and his family sailed past the welcoming arms of Lady Liberty to Ellis Island. He would later become an Alumni of McCaskey High School and shortly thereafter a graduate of Thaddeus Stevens College of Technology as Master Electrician. His career would take him around Lancaster County from the Lancaster Theatre to many of the traffic lights, and eventually retiring from Lapp Electric.

Fritz was known by many as a hard worker, dependable, and quiet man. However, what many will look fondly back upon are his jokes and small acts of mischief. He kept you on your toes, and always made you smile, and for those moments we shall never forget him.

Fritz was the husband of Diane Pilsner, and the son of the late Franz and Franziska Pilsner. Fritz was preceded in death by his brother Henry Pilsner (March 15, 1950 – July 13, 2014).

In addition to his wife, Fritz is survived by his daughter Elizabeth Pilsner and step-sons Thomas and William White, six grandchildren, and his brother Frank Pilsner.

Friends and family are invited to join the family for a mass honoring him on Thursday, January 19th, 11:00 am, at Our Mother of Perpetual Help Church, 320 Church Avenue, Ephrata, PA, 17522.

Arrangements by Roseboro Stradling Funeral & Cremation Services, Inc., Denver. Online condolences can be given at roseborostradling.com.