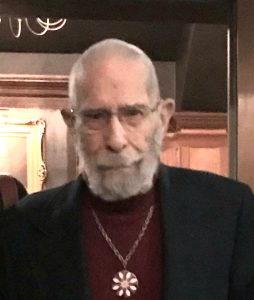 He was born in Allentown, PA, to the late George F. Scherer, Sr., and Marie (Schumaker) Scherer.

George was a teacher for Cocalico School District before retiring. Prior to teaching, he was a Lutheran Minister. He volunteered at the Fulton Theatre as a stage manager for many years.

George was an avid outdoorsman, enjoying hiking, fishing and jogging. His love for the Appalachian Trail has been passed down to each generation of his family. He was also a veteran of the United States Navy and served during World War II. He also volunteered in the Peace Corps in Paraguay.

In addition to his parents, he was preceded in death by three siblings.

A celebration of life will be held at a later date in the spring.