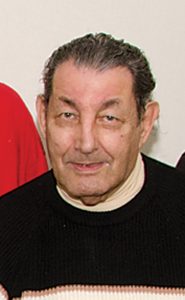 Irving was born on July 7, 1928 to the late Albert and Gertrude (Grossfield) Schonhaut. He was married on April 16, 1966 to the late Estella (Amidon) Schonhaut.

He was preceded in death by a brother, Jack Schonhaut, Fair Lawn, New Jersey, and a sister, Eilene Campanile, Oakland, New Jersey.

Irving graduated from Fair Lawn High School and later attended the Art Students League in New York City. He worked as quality control of lenses at Optimum Optics, was employed in the display department of Stern’s-Quackenbush, Paterson, New Jersey, and he retired from The Shopping News after working there in the circulation department for over 20 years. With no remaining family in the area, The Shopping News employees became his family. HHe served in the Army and was stationed in Germany towards the end of World War II, and he also spent some time in Korea.