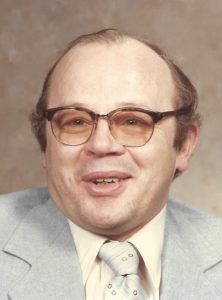 Kenneth Leroy Schlicher, 89, of Ephrata, went to be with the Lord on Tuesday, June 27, 2022, at the former Conestoga View Nursing and Rehabilitation Center.
He was born in Allentown to the late Earl and Florence (Williams) Schlicher. He spent his childhood at Bethany Orphans Home in Womelsdorf. He was the husband of the late Ruth H. (Fisher) Schlicher who passed away January 18, 2021. They shared 40 years of marriage.

He attended Grace Point Church of the Nazarene. He served in the U.S. Army for four years.

Kenny worked in Maintenance at Ephrata Community Hospital when he met Ruth. When he and Ruth retired, they spent time traveling to Alaska, Florida and the United States National Parks.

He is survived by a sister, Shirley, wife of Fred Ecenrode and four nieces and four nephews. In addition to his wife and parents, he was preceded in death by a brother, Richard Earl Schlicher and a sister, Ada Schlicher.

A graveside service will be held on Friday, July 8, 2022, at 11:00 AM at Blainsport Mennonite Cemetery, 85 S. Blainsport Road, Reinholds.