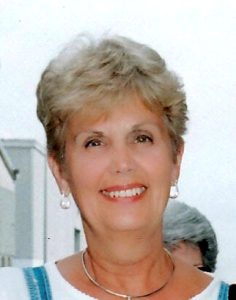 Born in Philadelphia, she was the daughter of the late Neal O. and Mary (Kolb) Dubson.

She was the loving wife of W. Bruce Hudson, whom she married on January 18, 1964 and shared fifty seven loving years of marriage.

She was a 1957 graduate of Penn State University. After school, she worked for Philadelphia Electric as a Home Economist, then at Landsdowne Insurance Agency from 1961 to 1964. She was then the owner of Dubson Hudson Realty from 1964 to 1989.

Mary Lou instructed cooking demonstrations as a Home Economist in Burdines Retail Store in Florida. She enjoyed traveling, going on cruises with her husband, cooking, boating and fishing. She was a member of the Garden Spot Community Church.

In addition to her husband, she is survived by a sister, Tobi Strong, and many nieces and nephews.

In addition to her parents, she is predeceased by a sister, Virginia Boyd.

In lieu of flowers, memorial contributions may be made in Mary Lou’s memory to Garden Spot Benevolent Fund to the address listed above.

Groff High Funeral Home is entrusted with the funeral arrangements.