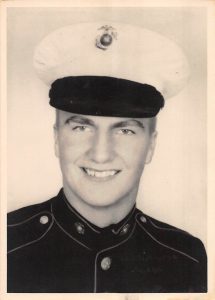 Robert E. Bauder, 84, of Stevens, passed away Sunday, December 4, 2022, at The Gardens at Stevens. Born in Millway, he was a son of the late Charles & Beatrice (Grumbling) Bauder and for 65 years he was the loving husband to June L. (Heft) Bauder.

Bob was a U.S. Marine Corps veteran, serving from 1955 to 1959. He worked as a heat-treater on the line at the former Ford New Holland plant, now CNH, in New Holland for 30 years and retired in 1995. Bob was a hard worker and took pride in his work. An avid outdoorsman, Bob enjoyed hunting trips in Potter and Lycoming Counties. He liked both bow and rifle season and trap shooting for fun. Bob loved to travel. He and June explored Hawaii, Nova Scotia, Las Vegas, Disney, and the Grand Canyon together, just to name a few. He enjoyed playing cards, especially poker at family reunions. He was a true family man at heart and loved being ‘PaPa’. Bob was often the center of attention; his genuine kindness and fun humor could attract anyone in for conversation and laughter. He had a big heart and dearly loved his family.

Services will be private with military honors. Bob’s final resting place is in Memory Gardens, Ephrata.