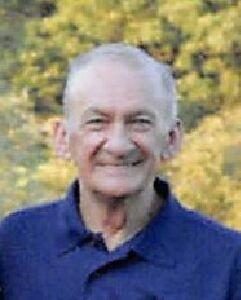 Robert E. Ritter, 77, of Ephrata, passed away on Tuesday, February 9, 2021 at Ephrata Manor Retirement Community. Born in Lebanon County and raised in Lancaster County, he was the son of the late Harry and Leah (Balsbaugh) Ritter. He was the loving husband of Audrey M. (Martin) Ritter, with whom he would have shared 60 years of marriage this December.

Robert, or “Bob” as known to his family and friends, attended school in Cocalico School District. After school, Bob went to work on the family farm in Lebanon County. In addition to working on the farm, Bob started work at the Dutch Maid in Ephrata, where he met the love of his life, Audrey. Bob and Audrey soon married and thereafter he became a truck driver and held jobs with various trucking companies throughout his life, to include: Sheaffer’s Egg Plant, Motor Freight Express (MFX), Yellow Freight, Ewell’s, Penn Dairies/Pensupreme, Kemps and where he would eventually retire from Crowley Foods. During his employment, he was renowned for his safe driving and was presented numerous safety awards. During his tenure, he became a supervisor, as well as a trainer and driving instructor. After retirement, Bob worked part time for Summers Trucking and Oregon Dairy.

Bob lived in Lancaster County most of his life and was a member of St. Peter’s United Church of Christ. Over the years, he and Audrey moved to Ephrata, Neffsville, Reamstown and Akron. He enjoyed spending time visiting with family and friends, and attending church functions, school or sporting events for his children, grandchildren and great-grandchild. He and Audrey spent many vacations at the beach and traveled extensively within the United States, as well as the Caribbean, Bahamas and 14 countries in Europe. Bob loved to watch local and world news and sporting events on TV. His favorite teams were all of the Pennsylvania teams, to include: Phillies, Philadelphia Eagles, Steelers and Penn State. Bob also looked forward to and enjoyed meeting his dear friends once a month for breakfast at local restaurants.

In May of 2019, Bob and Audrey moved into Ephrata Manor, where they were enjoying retirement life when Audrey was diagnosed with Progressive Supranuclear Palsy (PSP) and Bob became her caregiver. He did a tremendous job taking care of her and he did it with love. Every task was done to make Audrey comfortable and happy, and he did it well. Unfortunately, in September 2020, Bob was becoming weaker with cancer and Audrey was moved to skilled care at Ephrata Manor, where she is living currently. He was deeply saddened by the separation. They had rarely been separated during the almost 60 years of marriage.

Over the years, Bob had succeeded in overcoming many obstacles, such as: numerous surgeries, as well as confronting and coping with prostate and pancreatic cancer. Although, the pancreatic cancer metastasized to the lungs to which he finally succumbed. He will be remembered as a devoted and loving husband, father, grandfather, great-grandfather, brother, nephew, uncle,
cousin and friend; and he will be truly missed.

He was preceded in death by his parents and two uncles: Amos Balsbaugh of Lebanon, and Eugene Ritter of Denver.

Due to COVID-19 precautions and procedures, funeral services and interment will be private at the convenience of the family. A memorial celebration of Bob’s life for all to attend will be held at a later date.