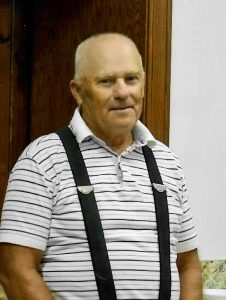 Samuel B. Leid, 74 of Big Prairie, formerly of Lakeville, passed away peacefully, Saturday, December 18, 2021 at Pomerene Hospital in Millersburg, following a short illness, with family by his side.

Sam was born September 2, 1947 in Martindale, PA to the late Norman and Anna (Burkholder) Leid. On November 30, 1968 he married his beloved Mabel E. Martin; they had been married 53 years.

Sam had been a famer all his life. He never met a stranger and would strike up a conversation with anyone wherever he went. His interests were varied, so there was never a lack of conversation. Sam was a kindhearted soul and a handyman who could fix almost anything and would drop everything to go help you out, if there was a need. He was one of a kind, they broke the mold after he was made.

Preceded in death by his parents; grandson, Timothy Asper; and 4 brothers.

A Celebration of Life Service for family and friends will be 6:00 p.m. Wednesday, December 29 at Nashville Church of Christ with Pastor Mose Miller officiating.

A private family service was held prior to the Celebration of Life Service, with burial in Nashville Cemetery. Schlabach Funeral Home is assisting the family with arrangements. Those wishing to share a memory or make online condolences may do so by visiting www.schlabachfh.com.