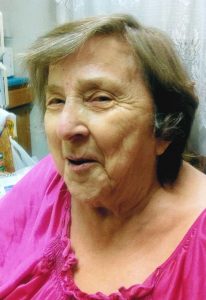 She was born in Millway to the late Paul E. and Margaret A. (Meissner) Mohler and was the wife of the late Edwin Schaeffer and the late Robert Hollinger.

Shirley was a housekeeper for over 26 years and most recently worked for Special Occasions in Lancaster. She found great joy in corresponding to her more than 60 pen pals. She loved teddy bears, old cars, the Philadelphia Phillies, anything colored yellow and laughing, lots and lots of laughing!

She was preceded in death by a daughter, Robin A. Ruble, and two brothers, Kenneth E. Mohler, and Donald J. Mohler.

Services and interment will be private at the convenience of the family.