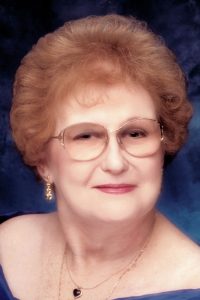 Born in Manheim, PA, Aggie was a daughter of the late Noah and Bernice Reese Wright. She was a 1959 Manheim Central High School graduate where she participated in the marching band, glee club and chorus.

In addition to her parents, Aggie was preceded in death by a brother, Eugene “Rabbit” Wright.

Aggie served as the very first secretary of the Denver Fair Committee and was instrumental in the fair’s origin. She also was a member of Zion Evangelical Lutheran Church, Manheim where she participated in the orchestra.

Aggie enjoyed touring the United States and other countries with her sister Utha, and in 2017 Aggie’s dream was fulfilled as she got to visit her brother Lance in Oregon.

Services were private at the convenience of the family and under the care of Paul L. Gravenor Home for Funerals, Ephrata, PA.