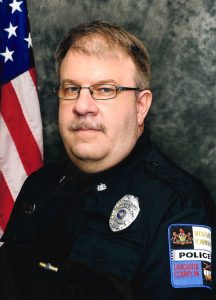 He was born in Ephrata to Kenneth M. Metzler and Judith (Burkholder) Brandt and was the husband of Heather L. (Bechtold) Metzler with whom he shared 21 years of marriage.

Wendell was a member of Grace Community Church of Willow Street. He was a 1987 graduate  of Conestoga Valley High School and a 1992 graduate of the Reading Police Academy. Wendell dedicated his life to public service as a police office in Lancaster County for 27 Ω years. He started his career as a Police Officer at the Ephrata Township Police Department in 1993 where he served until 2001. He then served in the New Holland Police Department for the next 20 years, retiring in March, 2021. He was an EMT for 34 years and a volunteer firefighter for 22 years. Wendell served in the West Earl Fire Company as a Junior Firefighter, Firefighter, Assistant Fire Chief and President. He also served with the Upper Leacock Fire Company as a Firefighter and Deputy Fire Chief. Wendell enjoyed coaching his children as a volunteer coach for Conestoga Valley Little League Baseball, Conestoga Valley Youth Football and Conestoga Valley Girls Youth Softball. He was President of the Conestoga Valley Youth Football Association Booster Club and later Vice President and President of the High School Football Booster Club. Wendell enjoyed hunting, motorcycle and ATV riding, trips to Tioga County, the ocean and trips to 22 different cities to watch different NFL football teams play. He had planned to visit all the stadiums and then attend the Super Bowl. He was an avid Dallas Cowboys, Los Angeles Dodgers, Los Angeles Lakers and Tennessee Volunteers fan.

Wendell was courageous in everything he did. He stood up for what was right and was a mentor to many. He was a wonderful provider and protector. He also was an incredible speaker. He captivated audiences wherever he went. He made others laugh and his laugh was infectious. Wendell was known for his long-time friendship with Ryan Forbes, former felon, and his book “Unchained” about the grace and freedom found in Christ. Wendell’s life was marked by an ever-increasing faith in the Lord. Wendell was extremely proud of his children and was present at all of their special events, even while working 1 full time job and 2 part time jobs. He seemed to have endless energy, getting only a few hours of sleep each day. Wendell fought hard to overcome cancer. He had a positive impact to all the health care providers that he encountered. He wrote in his dying instructions “It is my wish that no one become bitter against God because I contracted my disease or was called home to be with Him at such an early age. I have fulfilled my earthly duties and it was time to go to my heavenly home. I hope in my heart that you all have been saved by God’s grace and have a personal relationship with him. Heaven will be a lonely place without you as I wait to meet you all again someday.”

In addition to his wife and parents, he is survived by a son, Brady Metzler and a daughter, Kylie Metzler; brother, Shaun M. Metzler; niece and nephews, Seth and Morgan Metzler and Owen Ranck; mother-in-law, Audrey wife of the late Claude Bechtold; sister-in-law, Stephanie, wife of Michael Johnson and the Burkholder cousinhood. He was preceded in death by a sister-in-law, Michele Metzler.