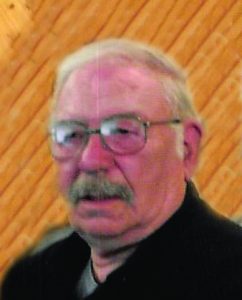 Bill worked as a Mill­wright for 33 years for Woodstream in Lititz, retiring in 2006. Both his friends and family always admired his independent, self-reliant nature. Bill would fiercely tackle any project he was faced with and took pride in figuring things out on his own. He and Judy loved to travel and, during their 58 years of marriage, traveled to 49 of the 50 United States, never quite making it to Hawaii. Bill loved nature, being outdoors and by the water. Hunting and fishing were just a few of his favorite ways to spend his time. Bill enjoyed hunting for turkey and deer in Schuylkill, Tioga and Potter County and in his younger years he actively hunted small game. While he and Judy often fished locally, on one occasion they decided to set off for Alaska without a second thought, taking only their limited belongings and a fishing boat in tow behind their van, a testament to Bill’s adven­turous spirit. Above all else, family is what mattered most to Bill, and he loved being with his children, grand­children, and great-grand­children.
William is survived by his daughter, Vicki K. Nixdorf (Michael) of Denver; his daughter, Cindi J. Knoll (Dale) of Lititz; his son, Jodi L. Zimmerman (Megan) of Lititz; seven grandchildren, Christopher, Justin, Amanda, Kaden, Chloe, Whitney, Kiera; five great- grand­children, Elliot, Drake, Lucas, Amelia, Corbin, and one on the way; siblings, Carl Zimmerman, Dennis Zimmerman (Beverly), Terry Zimmerman, Sandy Schlouch (Harry). He was predeceased by his brother Allen Zimmerman.

Services will be private.